I have always wanted to do a cross-country road trip and visit National Parks.  When I was pregnant with Anastazia, 11+ years ago, I was working in a library and running young adult book groups.  This was 2006 – the height of the Harry Potter frenzy.  There was so much demand to do a book group on the series but I had not yet read them.  I started to listen to the books on tape in an effort to quickly catch up and I was hooked.  (Don’t judge until you listen to them – Jim Dale is a masterful narrator and the story is engaging for all ages.)  As I would drive to and from work, and listen while I was cooking, cleaning, gardening, falling asleep, taking a shower… a spark of an idea formed.  It would be really fun to travel with my daughter across the country and listen to Harry Potter.  I decided she would need to be around 9 years old to appreciate the story and the trip and I filed the idea into “future adventures when kid is old enough” and moved on.  When I was pregnant with Stella I distinctly remember thinking I would have to wait a few extra years to take this road trip because she would have to be old enough for the Harry Potter books as well.  I settled on somewhere between the ages of 8 and 12 for the girls for the road trip and, once again, let the idea slip into the back of my mind.

I’ve had several experiences in the past twelve years that have helped make this trip a reality and shaped how I approached the prospect of spending six weeks on the road alone with my kids.  I believe the most significant has been the process of decluttering our lives and honing my ability to figure out what is important and meaningful in my life.

If you are reading this you probably come with the knowledge that I am a professional organizer, but you might not be familiar with the personal journey I’ve taken to get to this point.  When my kids were younger we were living a fairly standard American family existence.  So much of my time at home was spent dealing with stuff – toys, books, dolls, clothing – just stuff.  I would continually organize and then have to do it all over again.  My “systems” never stuck and I felt like my house was sucking away at my sanity.  Over time I came to realize that the problem was not only that we physically owned too much, but my mindset and habits (which I was passing along to my kids) were contributing to the problem as well.  I examined what was really important to me, and put those thoughts into actions, and turned those actions into habits (a lengthy process for sure!!).  I shared these thoughts and experiences with friends and, although I didn’t see it at the time, I was slowly growing a business for myself as a professional organizer (or professional declutter-er). 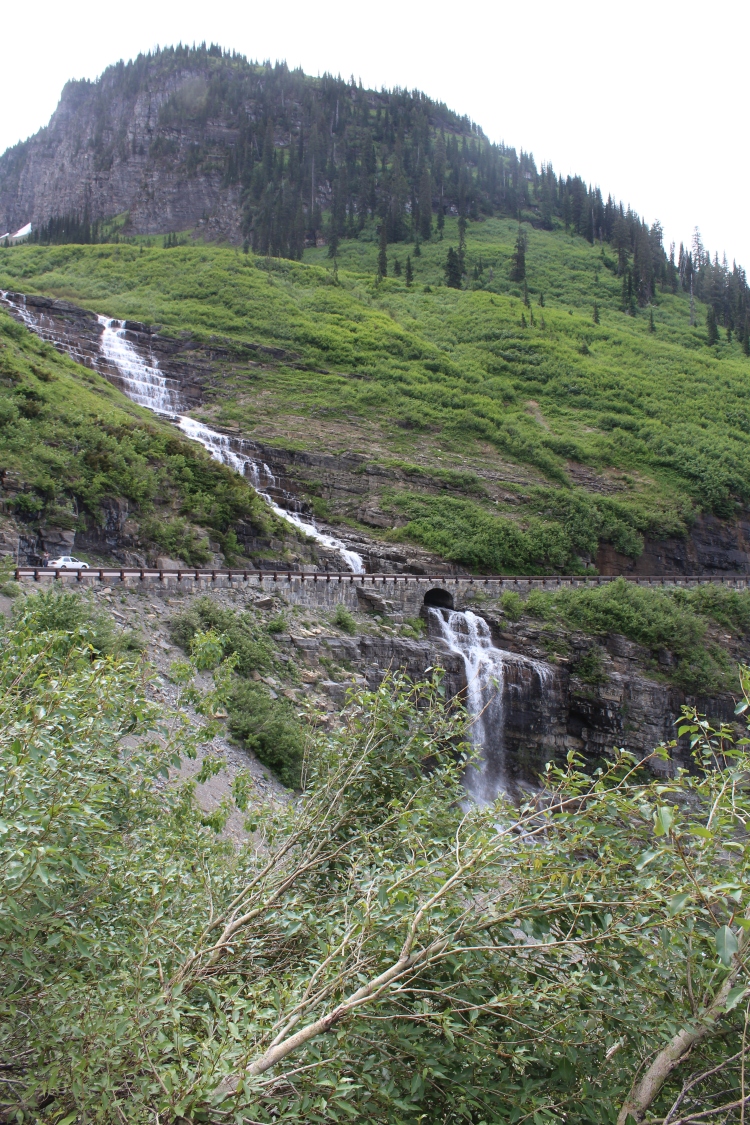 I share this anecdote because I really believe that the process of decluttering allows you to hone in on what is important to you in life, and eventually the path forward becomes very clear.  Additionally, by continually shedding the excess from our lives I simply have more time to focus on other activities, such as planning a long cross-country road trip.  (This is not to say we have nothing, but what does remain is manageable, and I think that is the key).

During this period of time I also started backpacking.  That is, wandering into the woods for several days or weeks at a time and carrying everything I need on my back.  My backpacking experiences reinforced the idea that you need very little at any given time.  When it comes to packing this is a very useful reminder.

Two years ago I started to think more seriously about the prospect of undertaking this trip.  I began to read blogs, books, and social media accounts of traveling around the country with kids.  I become a bit consumed with #vanlife and the idea of living on the road.  However, I could not find a single account of a mom taking her kids alone.  Plenty of couples do trips like this, and sometimes I could stumble across a family going out together but I couldn’t find anyone who was doing what I was thinking of doing.

I also came across a map of the optimal route to take if you want to visit all the national parks in the contiguous United States.  Once I had this valuable tool in hand the trip started to take shape.  I realized that we would be on the road for about 4-8 weeks and started to research renting an RV.  I immediately scratched that plan after watching some YouTube videos and reading online reviews.  I would have had no problem driving something so big BUT I was not up for dealing with sewage.  At that point, I started to look more seriously into renting a van that had been converted for something like this.  There are so awesome looking companies out there, such as Jucy Van Rentals and Escape Campervans.  However, these rentals are a) expensive for this length of time and b) mostly only available on the West Coast.  We were getting to a point where purchasing a van and converting it seemed to make the most sense.

I started looking for a van to buy and at the same time, my car started needing some repairs that seemed like they might be expensive.  I needed some guidance and clarity, the type that can only be found after sitting down and making a good solid LIST.  Did I really need a van?  Could I do this in a car?  What would that look like?  How did the costs compare?  What about the time investment?  Would I use the van after this trip or would it be just another thing to take care of?  Was I willing to devote a portion of our family’s time dealing with a van?

Lists never fail me, and this was no exception.  After thinking thru everything, I realized that the most important attributes I was looking for in a mode of transportation were simple: safety and reliability.  After looking at all the costs (including our time), the answer was obvious.  I decided to sell my car and get a new car that was very safe and reliable.  Instead of living in the car we would AirBnB, and if we needed to, stay in a hotel.  Ultimately I purchased a Toyota Highlander.  It met all my criteria and, as a bonus, the second row has two captain’s chairs which means the girls were sitting independently of each other – this could be critical to our sanity on this trip.

Up Next: Packing and Getting On the Road